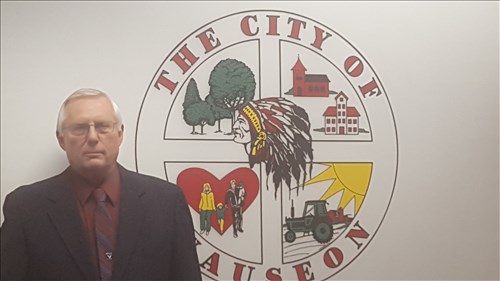 Harold Stickley was elected to City Council for his first term beginning January 1, 2018 until December 31, 2021.  Councilor Stickley has 8 children, 16 grandchildren and 4 great grandchildren.  Harold was born in Wauseon in March 1948 and resided in Delta until 1967 when he enlisted in the United States Air Force; where he served as a jet mechanic on B52 Bombers and KC135 Refueling Tankers.  He was also on flying status as a ground crew member for two years.  Mr. Stickley served in Vietnam and was discharged as an E5 Staff Sergeant.

After serving his country, Harold worked as an auto mechanic at a Ford and AMC Jeep Dealership until 1979.  In January of 1980, Mr. Stickley started E & H Auto Clinic in Wauseon, Ohio and still owns and runs this business.  Harold has a passion for farming and has been doing so since 1982.  He enjoys flying his airplane and has had a pilot license since 1990.  Harold has been a member of the Fulton County Airport Board since 1992.  He has also served on the Wauseon Union Cemetery Board and is a proud member of the VFW and American Legion of Wauseon.  Councilor Stickley is looking forward to serving the citizens of the City of Wauseon.